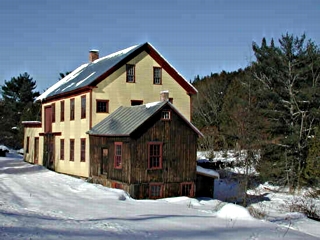 Barnet was granted to 67 men, 9 of whom were named Stevens. The tradition in the Stevens family is that their first American ancestor had emigrated from Barnet, Hertfordshire, England, accounting for the origin of the name.

Very early in the town’s history some of the Stevens group moved to Barnet and bought a gristmill. The stream which powered the mill became known as Stevens River, the village as Stevens Mill or Stevens Village. When the Post Office was established there in 1807, the village was renamed Barnet, and has remained so since. Barnet was the home of two Henry Stevenses, father and son: the elder founded the Vermont Historical Society, while the younger was one of London’s best-known booksellers and bibliographers from 1845 to 1886.

Goings-on in and near Barnet
Calendar of Events provided by the Vermont Department of Tourism & Marketing.