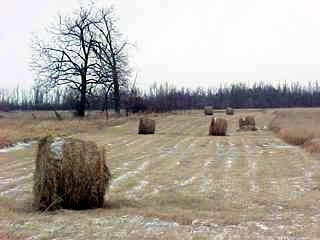 Pronunciation: The “Al” is pronounced as in “Allen.”

Originally Alburgh, the name was changed to Alburg in 1891 on recommendation of the United States Board on Geographic Names, which had decided that all municipality names ending in ”-burgh” were to be changed to end in ”-burg” for the sake of standardization. On Town Meeting Day, 2006, a sizable majority voted that the spelling should revert to Alburgh. And it was so.

Ira Allen and 64 associates are named on the charter, but it was Allen who paid the fees and it was always considered “his” town, so it is reasonable to accept that the name is a contraction of Allenburgh or Allensburgh.

Later in the year in which it was chartered, Ira was one of the commissioners appointed to negotiate the boundary between the Republic of Vermont and State of New York. An easy agreement was reached that Alburgh was part of Vermont. That was not to be the end of it, however.

Way back in 1734, a considerable portion of the land had been granted by the French in Canada. After the English conquest, those titles passed to one Henry Caldwell and then to his son, which led to Vermont, the United States and Canada getting into a protracted wrangle over the rights of the various claimants. Ownership was eventually confirmed to the settlers actually in possession.

A considerable amount of traffic passes through Alburgh, US Route 2 being the only land route (i.e., via bridge) between New York and Vermont north of Fair Haven, 112 miles by road*. It has managed to resist the commercial development typically associated with high traffic volume along Routes 2 and 78, remaining a primarily agricultural town. Unlike the other four towns in the county (Grand Isle, Isle La Motte, North Hero and South Hero) which are islands, Alburgh is a peninsula projecting southward from Canada into Lake Champlain. Like the other four, it has a considerably higher percentage of lakeshore property than other towns on the Lake, making it popular for summer homes and camps.

*It was only 85 miles to the Crown Point Bridge at Addison until transportation officials determined the 90-year-old bridge to be unsafe. It was closed to traffic in October, 2009 and demolished that December; a new bridge is under construction and is expected to open in October of 2011

Goings-on in and near Alburgh
Calendar of Events provided by the Vermont Department of Tourism & Marketing.