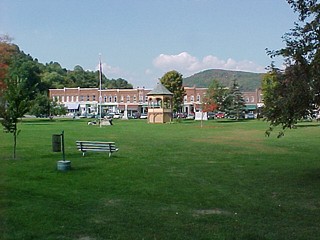 The first New York Patent covering land in what is now Vermont which had not already been granted by New Hampshire. Most historians agree that New York Lieutenant Governor Cadwallader Colden took advantage of periodic vacancies in the governor’s chair to issue patents which he claimed George III had authorized New York to give out. The choice of name for his first independent patent was admirable: many early documents even gave the name as Royal Town, which must have reflected what Colden really had in mind.

The first settlers arrived soon after the patent, but they discovered that the Vermont Legislature was planning on granting their lands as vacant. They petitioned for and received a charter to cover the lands they had already settled.

Goings-on in and near Royalton
Calendar of Events provided by the Vermont Department of Tourism & Marketing.