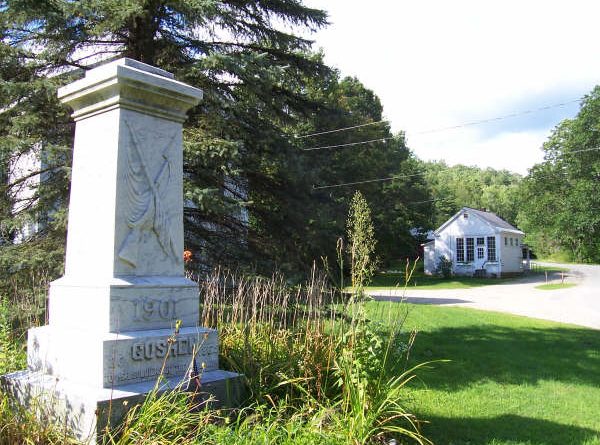 Probably was named for Goshen in Litchfield County, Connecticut, from which many of the grantees came. It generally is considered that Goshen in Connecticut was named for the land in Egypt which had been given to Jacob and his family, and where the Israelites had lived until the Exodus. In Vermont, as in Connecticut, place names like Bethel, Canaan and Goshen were chosen because they carried connotations of rich, fertile lands, and because it was hoped they would attract settlers, rather than for any higher Biblical connotations.

Goings-on in and near Goshen
Calendar of Events provided by the Vermont Department of Tourism & Marketing.