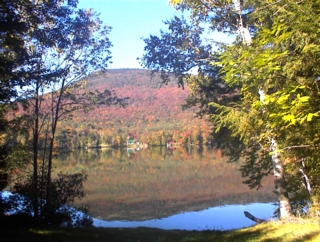 Granted to and settled by a group of Connecticut Revolutionary War veterans and named for Colonel Samuel Elmore, under whom a number of the men had served. Also among the grantees was General Oliver Wolcott, for whom the neighboring town is named.

Goings-on in and near Elmore
Calendar of Events provided by the Vermont Department of Tourism & Marketing.