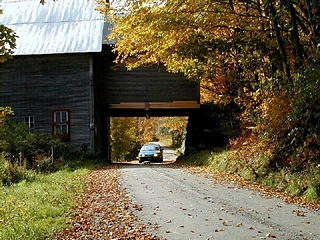 It has always been said that the town was named in honor of Colonel Ebenezer Wood, who was listed second among the grantees. However, it seems possible that the name also made note of the other grantees who had “Wood” in their names: Enoch, Howel and Joshua Woodbridge, as well as Park, Asa and Thomas Woodward. Ten other states have used Woodbury, including Connecticut, where many of the grantees of Vermont lands had lived. So there is a distinct possibility that when the name was chosen for the Vermont town the grantees had the older Connecticut town in mind.

During the third decade of Woodbury’s existence, the townspeople became disenchanted with the name, and asked to have it changed to Monroe, for James Monroe, fifth President of the United States, who was greatly admired in Vermont. President Monroe had visited Vermont in 1817, and many people had traveled great distances to see him in person. He had died by the time Vermont’s legislature made the change in 1838. Apparently political sentiments changed, however: in 1843 the town asked to have its name changed back to Woodbury, and specified that it was in honor of the town’s early proprietor.

The 1840’s were the boom years for Woodbury. At that time the population went over 1,000, though by 1850 it had already started to decline. During the last two and a half decades of the 19th Century, granite became the town’s biggest business. One of the finest veins of granite in the world was discovered east of Woodbury Center. Blocks from that quarry were shipped all over the world, and were used in the construction of at least five state capitol buildings.

Goings-on in and near Woodbury
Calendar of Events provided by the Vermont Department of Tourism & Marketing.