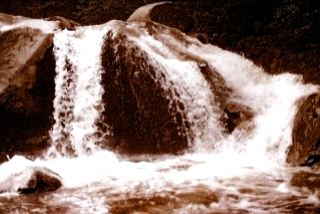 Bolton may have been named for Charles Paulet (sometimes Powlet), the fifth Duke of Bolton. He came from a powerful old family, but was not personally notable. His brother Harry, on the other hand, who succeeded him in 1765, had a distinguished career in the Royal Navy and in British government, and strongly opposed the war against the American colonies. Benning Wentworth may have been thinking of the Dukedom as a whole in choosing the name.

The men who bought the grant didn’t get much for their money. The Winooski River flows through the center of town, with tillable land along its banks, but Bolton is otherwise rocky and mountainous. W.S.Rann’s 1886 history of Chittenden County refers to it as “the land of boulders and bears.”

The town has more than twenty mountains of over 2,000 feet, and nearly as many more just under that height. Good spot for a ski area.

Goings-on in and near Bolton
Calendar of Events provided by the Vermont Department of Tourism & Marketing.