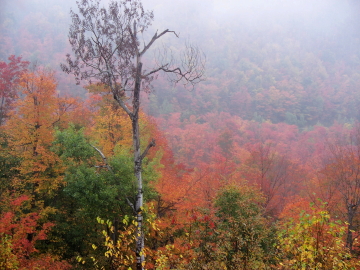 Richford was one of several towns (others being Berkshire, Enosburgh, Montgomery, Wyllis (now Jay) and Westfield) granted by the fledgling Republic of Vermont as a means of raising money to support her troops (the Continental Congress had refused to help). At £8 each, the proprietors of the new town, mostly Connecticut residents, provided £480 towards the Revolution (over $27 Million in today’s dollars).

Neither in England nor in New England is there another Richford after which this Vermont town could have been named. It is thus presumed to be a “made” name, probably intended to convey an image of fertile lands which would be attractive to prospective buyers and settlers (early settlers, struggling to survive, often called it “Poorford”). There are, however, two other Richfords in the US, in New York and Wisconsin. By strange coincidence (there is no discernible connection), Richford, New York is adjacent to a town named Berkshire, as is this Vermont town.

Goings-on in and near Richford
Calendar of Events provided by the Vermont Department of Tourism & Marketing.

Misissquoi Valley Rail Trail
Northern terminus of a 26-mile all-season recreation path which largely parallels Route 105 and the Missisquoi River as it passes through six towns, ending just inside the City of St. Albans. The packed gravel surface is suitable for walking or biking (wide tires are recommended) and XC skiing in winter. Closed to motorized vehicles except in winter. Easy access to refreshments at several points. As of the Fall of 2002, the trail is complete for its entire length, with the replacement of the collapsed segment of the former rail bridge at Sheldon Junction.