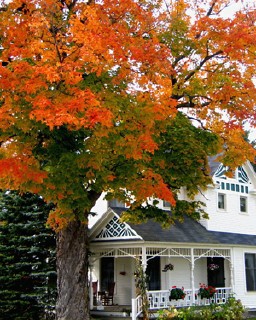 Chartered to 60 associates, including no less than thirteen ministers, one woman (quite unusual) and Ira Allen. It may well have been at Allen’s suggestion that the town was named for General Richard Montgomery (1738-75), who jointly with Benedict Arnold had commanded the Quebec expedition in the late fall and winter of 1775. Allen was one of the two officers who led an attack on Cape Diamond above Quebec at Montgomery’s orders on the last day of the year, just before Montgomery was killed while leading the main attack on the city.

Richard Montgomery was born at Swords, County Dublin, Ireland. Educated at St. Andrews and Trinity College (Dublin), he became a professional soldier, serving in the French and Indian wars with the British regular forces. In 1772 he sold his commission, retired from the army, and settled in Dutchess County, New York. He married the daughter of Robert R. Livingston Sr., who was the first chairman of the New York Committee of Correspondence and the author of the address the Stamp Act Congress presented to the king.

Montgomery was fully in sympathy with the colonial cause. In 1775 he was made a brigadier general in the Continental Army and placed second in command of the Canadian expedition under General Philip Schuyler. When Schuyler became ill, Montgomery assumed full command of the forces that captured Forts Chambly and St. John, as well as Montreal. Vermonters who served under Montgomery found him as agreeable as they often found his colleague Benedict Arnold to be disagreeable, probably because Montgomery seems to have taken the attitude that he was a leader, while Arnold insisted on being a commander.

Goings-on in and near Montgomery
Calendar of Events provided by the Vermont Department of Tourism & Marketing.