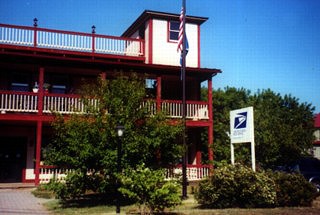 Village in the town of Cavendish, Windsor County

Named for the family whose name also was used for the town of Proctor.

Captain Leonard Proctor, a Revolutionary War veteran who had been at the battles of Concord Bridge and Bunker Hill, moved his family to Cavendish in 1782. It was Captain Proctor who, with his two sons, built a “shunpike” to the village of Gassetts in neighboring Chester to avoid paying the tolls Mr. Dutton charged on his road. The story is that, because of the road, the Dutton and Proctor families, and the villages of Duttonsville and Proctorsville, feuded for seventy five years and quit only when young Redfield Proctor (later a United States senator) and Miss Emily Dutton were married.

Goings-on in and near Proctorsville
Calendar of Events provided by the Vermont Department of Tourism & Marketing.

Cavendish Community & Conservation Association
A non-profit organization committed to a vibrant Cavendish/Proctorsville community that supports its human and natural resources, building a legacy of health, integrity and vitality for future generations.

Wont you come to Proctorsville Vermont I miss you very much