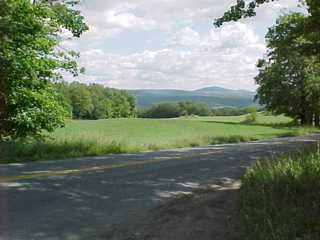 One of several towns, others being Berkshire, Enosburgh, Montgomery, Richford and Wyllis (now Jay) granted by the fledgling Republic of Vermont as a means of raising money to support her troops (the Continental Congress had refused to help). The Committee which suggested the granting of the towns also recommended the seizure of “provisions where they can be found in the hands of any person over and above the wants of his family.” Yes, these were desparate times.

There can be but one source of the the name: one of the grantees was the Honorable William West of Scituate, Rhode Island. Its effort to be admitted to the Union having been rebuffed several times by the Continental Congress, Vermont enlisted the help of the other New England governors. West was Rhode Island’s delegate to the resulting conference, and Vermont counted heavily on his support.

Goings-on in and near Westfield
Calendar of Events provided by the Vermont Department of Tourism & Marketing.