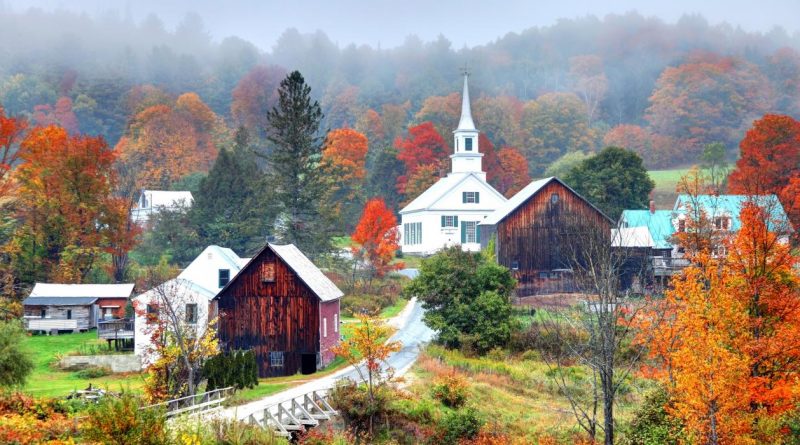 Vermont was officially adopted as the new republic’s name on June 30, 1777. Two different stories are told to explain its origin.

Dr. Samuel Peters claimed that in 1763 he had christened the land as he stood on top of a high mountain (said to be Killington, which at the time was one of several peaks named Pisgah) from which he could see both the Connecticut River and Lake Champlain, saying, “The new name is Verd-Mont, in token that her mountains and hills shall be ever green and shall never die.” Most historians feel this story is apocryphal, to say the least. In truth, the name Vermont probably was given by another.

Dr. Thomas Young was a Pennsylvania statesman who took a great deal of interest in the young republic in the mountains. It was he who had suggested that Pennsylvania’s constitution be used as the basis for Vermont’s, and that was done. He also is credited with having suggested the name Vermont to perpetuate the memory of the Green Mountain Boys, who were named for the long north-south ridge of mountains that nearly bisects the state.

The Green Mountain name had been in use for those mountains for more years than anyone could remember. Indeed, it was a New York colonial official who, bedeviled by the “boys” from Bennington, Arlington and the surrounding towns, inadvertently gave the Green Mountain Boys their name, saying he would drive them all back to their Green Mountains.

Seven generations of scholars have pointed out that to be grammatical French, the name should be Les Monts Verts. But that’s an awkward mouthful, whereas “Vermont” is easy to say and has a pleasant sound — and Vermont it has remained.