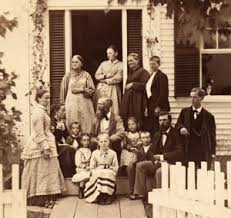 The first “Vermonters” The Native American in Vermont

Chester A. Arthur US President

John Deere Inventor of “The Plow That Broke The Plains”

Stephen A. Douglas US Statesman

Justin Morgan His name lives on in Vermont’s State Animal

Alexander Twilight first African-American to receive a degree from an American College.

Transplants and Others Closely Associated

Hetty Green Variously “The Pride and Pain of Bellows Falls” and “The Witch of Wall Street”. Either way, she was the richest woman in America.

Molly Stark Who was she, and and why are so many things named after her?

Benning Wentworth If it hadn’t been for him . . .