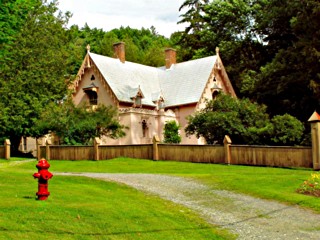 Like Strafford County in New Hampshire, named for one of Benning Wentworth’s family connections in England. In Wentworth’s time, his cousin William Wentworth was the Earl of Strafford who served as an aide to the King and Member of Parliament, following a distinguished career as a British dragoon officer.

Goings-on in and near Strafford
Calendar of Events provided by the Vermont Department of Tourism & Marketing.