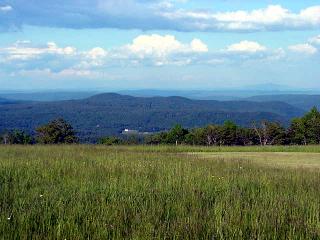 Dover was created from the southern half of Wardsboro, which had been chartered in 1780 and eight years later divided into two districts, North Wardsboro and South Wardsboro. Except for sharing a representative to the state legislature, the two districts were pretty much separate entities, but the residents of what was known locally as Wardsboro South District were determined to have their own town. For twelve years the South District bombarded the legislature with petitions asking to have the district made into a separate town, even suggesting several names that they thought would be suitable for the town: Freedom, Liberty and Palmyra. In the end, the residents of South District got their town, and it came through as Dover, rather than one of the more fanciful names that had been suggested.

It is not certain why the legislature chose the name, but it seems possible that Dover in New Hampshire may have been the inspiration. Hamilton Child’s 1884 Gazetteer of Windham County repeated an often told story about the way Vermont’s Dover got its name: After much discussion about what to name the new town, at one meeting one Amos Hayward got up and said, “Call it after my dog, Dover,” and they did. The story is undoubtedly a fairy tale; it is given here solely as an example of the kind of story that grows up around place-names when nobody does his homework. In the case of Dover it is a matter of record that the legislature gave the town this name in by Act of Incorporation in 1810.

Two localities bear rather interesting names: Jockey Hollow and Goose City. Explaining the former, Hamilton Child said there once were two John Howards who lived in Dover. One was called “Honest” John and the other, “Jockey” John. The latter achieved a certain amount of notoriety, and the place where he lived was dubbed Jockey Hollow. Goose City was the location of what might be called a feather bed factory. A man who lived there raised geese for their down, which was used in making feather pillows and beds. In the spring, when the geese were being plucked, he often employed as many as eight or ten women to sew ticks for the down.

Goings-on in and near Dover
Calendar of Events provided by the Vermont Department of Tourism & Marketing.