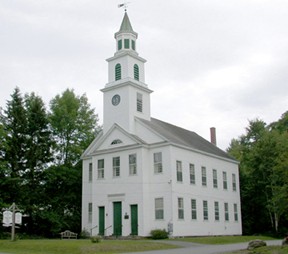 Originally Marleborough, then Marlbrough, the Indian Wars interfered with settlement. Wentworth re-granted the town to exactly the same group of people in 1761, and again to a slightly different group in 1764 as New Marlborough. The “New” was never popular with the residents, and was later officially changed. Rumor that the town was named for George Spencer, Earl of Marleborough cannot be historically true due to the dates involved. It was more likely named for Marlboro, Massachusetts (several of the grantees were from that colony).

Goings-on in and near Marlboro
Calendar of Events provided by the Vermont Department of Tourism & Marketing.

A beautiful Country Inn with the most welcoming and relaxing atmosphere. Warm fireplaces, jacuzzi tubs, four-poster beds and feather comforters.