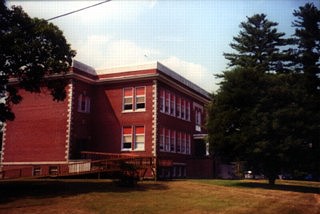 Village in the town of Hartford, Windsor County

In 1807 Miles Olcott, who already had a grist mill and sawmill at Olcott village, was granted the right to build a dam, canal and locks to assist boats in navigating the Connecticut River. After the railroad came through the area in 1850, the canal was used less and less, and in 1880 the Wilder brothers of Boston acquired the water rights at the village of Olcott and built a large paper mill. One of the brothers, Charles T. Wilder, lived in the village and was particularly interested in its growth. When he died, his will stated that, if the village would change its name to Wilder, his estate would pay for a much-needed bridge over the Connecticut River. At an 1898 town meeting the vote was unanimously in favor of the change, and that year the postal name also was changed to Wilder. Mr. Wilder’s bridge stood until the 1950’s, when it was removed to make way for the Wilder Dam.

Goings-on in and near Wilder
Calendar of Events provided by the Vermont Department of Tourism & Marketing.