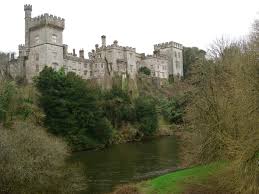 Named Littleton in its charter, in honor of Moses Little of Goffstown, New Hampshire, a prominent citizen of that state and a brother-in-law of Colonel Jacob Bayley of Newbury.

Moses Little had been Surveyor of the King’s Woods under Benning Wentworth, in which post he had acquired large land holdings (said at one time to total nearly fifteen square miles) along the east bank of the Connecticut River. But it was for his role at the Battle of Bennington that Vermont named the town in his honor: according to General John Stark’s duty roster, Little was an officer under his command there. Littleton and Starksboro were chartered by the Vermont Legislature on successive days. While General Stark was named as a grantee of Starksboro, Moses Little was not given any land in the Vermont, probably because the Legislature felt he already had enough acreage in New Hampshire.

In 1784 New Hampshire incorporated its own town of Littleton, and very soon the residents of both Littletons found that it was very confusing to have two towns so close to each other (directly across the Connecticut River from each other) sharing the same name. Finally the citizens of Vermont’s Littleton asked the legislature to change the name of their town, no doubt feeling that New Hampshire had a better claim to the name. In March of 1797 Vermont’s Littleton became Waterford.

Many different stories have been told about the origin of the Waterford name, one of the most popular being it was chosen because there was a ford across the Connecticut River there (entirely possible, because there were two usable fords which served the residents until the first bridge was built).

The other story is equally probable, saying that the Irish who had settled in the area wanted it named after Waterford, Munster Province, Ireland. In 1649 Oliver Cromwell had tried to capture that city and failed. The siege was a long one, notable for famine and suffering, so the Irish in Vermont have always been as proud of Waterford’s name as they are of Londonderry.

Originally the main village in town was called Waterford or Upper Waterford. Since the completion of the Moore Dam across the Connecticut River in 1957, the site of that village has been beneath the Moore Reservoir, which powers one of the largest hydroelectric stations in New England. The village of Lower Waterford has become the chief center in the town. Locally the village is known as White Village because most of its buildings are painted white.

A still popular nickname for Lower Waterford is Pucker Street. The locals have two different explanations for it, the most popular story being that one Mrs. Sawyer, who lived in another Waterford village, gave it the name because she thought the residents of Lower Waterford “fancied that they were better than anybody else,” going around with their noses in the air. Another story says that the residents of the village were all puckered up from gorging themselves on chokecherries.

Goings-on in and near Waterford
Calendar of Events provided by the Vermont Department of Tourism & Marketing.