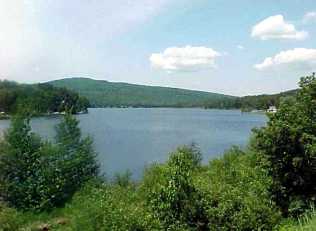 Chartered to Dr. Reuben Jones (then the Rockingham town representative to the Vermont legislature) and a group of associates, several of whom were named Willard. The town was named for Concord, Massachusetts, which had been given its name in 1635 by the General Court of that colony. The first of the western settlements away from the immediate area of Massachusetts Bay, Concord was established by a fur trader and Indian fighter, Simon Willard, and two ministers, one named Jones. Different stories are told about the significance of the Concord name: one that it was chosen to commemorate the friendly relations between Native and white man; another that it was to express the hope that the settlement would be peaceful for both groups. And, of course, Concord later took on patriotic significance when the colonists beat the British there at the opening of the Revolutionary War. At any rate, the name must have had several connotations for the latter-day Jones and Willard men who got the charter for the new Vermont town of Concord.

Goings-on in and near Concord
Calendar of Events provided by the Vermont Department of Tourism & Marketing.