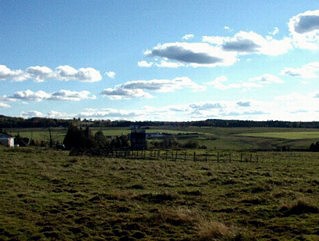 One of several towns granted to Timothy Andrews (sometimes Andrus). The Vermont Legislature made several grants to Andrews and his associates in 1779, but without stipulating actual sites. It was 1787 before the specific locations were agreed upon; the charters were then written and backdated to 1779. This practice is seen several times in connection with towns in northern Vermont, and it always makes for trouble in interpreting boundary descriptions, because the points of reference given in the legislative grants often no longer existed at the time the charters were back-dated.

The most commonly accepted story about the origin of Holland’s name is that the town was named for Holland, Massachusetts, which in turn was named for Lord Holland, Charles James Fox (1749-1806), who won America’s love with his eloquent defense of her rights in the years just before the outbreak of the Revolution. While it is, in fact, possible that the Vermont town was named for the Massachusetts one, the second half of the story is incorrect. Charles James Fox never was Baron Holland. He missed out on the title because he was only the second son of Henry Fox (1705-74), the first Baron; the title went to his elder brother, Stephen, from whom it then went to Stephen’s son, another Henry. Therefore, if the Massachusetts town was indeed named for Lord Holland, it was to honor the first Henry, who was a distinguished statesman in his own right.

It seems more probable that the Vermont Holland (and perhaps also the Massachusetts one) was named for Samuel Holland, who was the King’s Surveyor General of all the colonies north of Virginia. In 1770 he did the official survey of New Hampshire and, since what has come to be Vermont was then considered by many people to be a part of New Hampshire, he must have been well known to most Vermonters. In 1775 Holland went to Canada and served there for nearly fifty years in the same capacity as he had in the American colonies. The Vermont town of Holland is on the Canadian border near where Samuel Holland lived and worked, so it seems highly probable that the town may have been named for him. In passing, it should be noted that Holland was one of many Tories who later claimed redress from Vermont for land that the state confiscated during the Revolution.

In the interval between the grant for the town and the actual writing of the charter, Holland was known by the designation Number 4, given to it by Vermont Surveyor General Whitelaw; it was also referred to as Elysiana (sometimes Elisiana), the name that Andrews apparently wanted to have given to the town. The latter name was taken from Elysium, the legendary home of Greek heroes and the virtuous dead (sometimes also known as the Isles of the Blest), but it apparently was rather too fanciful for stolid Vermont legislators.

Goings-on in and near Holland
Calendar of Events provided by the Vermont Department of Tourism & Marketing.