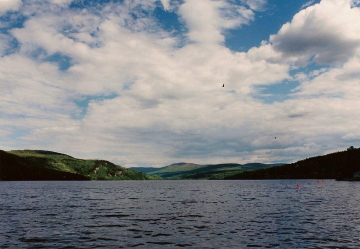 Barton was originally to have been granted in 1781 and named for Providence, Rhode Island, the home of many of the grantees (sixty Revolutionary War veterans, among them the American Naval hero, John Paul Jones).

It was not until eight years later that the charter was actually issued, and named for Colonel William Barton (first-named grantee), who planned and executed the capture of British General Prescott in 1777, considerably lessening the pressure on Washington’s troops in New Jersey.

Barton took up residence in his town, but was a quarrelsome and feisty sort who did not get along with the other settlers. One of the best-known stories about him concerns being sent to jail in Danville in 1811 for his refusal to pay a legal settlement of just over $100, though he was perfectly able to do so. Fourteen years later, the Marquis de Lafayette was touring Vermont and heard what had become of his wartime friend and paid for Barton’s release, undoubtedly envisioning Barton lanquishing in a dank prison cell. The fact is, Barton was merely restricted to an area within a one-mile radius of the jail, and likely living quite comfortably in a private home. Upon his release, Barton returned to Providence and the wife he had left there thirty years earlier.

Barton village is on the shores of what the French called Belle Lac (“Beautiful Lake”), known now as Crystal Lake because of the extreme clarity of the water. This is prime hunting and fishing territory.

Goings-on in and near Barton
Calendar of Events provided by the Vermont Department of Tourism & Marketing.