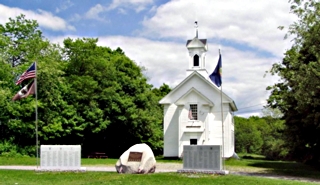 Originally Lutterloh (after the first named grantee, Colonel Henry Emannuel Lutterloh, Washington’s Deputy Quartermaster General of the Continental Army), the town was renamed Albany in 1815, though there is no clear trail as to the choice of name. Some say there is a connection to Ira Allen, while others maintain it has to do with New York having once proclaimed the area west of the Green Mountains to be part of Albany County, and the word thus had a familiar ring. One has to wonder if proponents of that theory have noticed that this town is on the east side of the Mountains. It narrowly missed being named Adams, after our second President.

Goings-on in and near Albany
Calendar of Events provided by the Vermont Department of Tourism & Marketing.