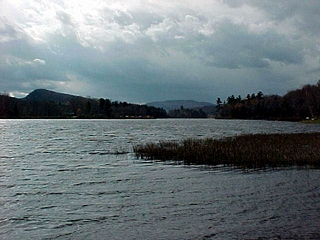 Eden was chartered to a group of Green Mountain Boys officers and troops and heirs of men killed in the Revolution. The list of 72 names reads like a veritable “Who’s Who of Vermont”, virtually all of the men who figured in the conduct of the revolt itself or in the establishment of the Republic.

The town was chartered to the veterans in the hopes that it would be a post-war “Eden” to them; however, as far as can be determined, none of the them ever settled there. It was not at all topographically suited to live up to its Biblical name. Rough and mountainous (several peaks over 2,000 feet), with numerous lakes and rivers, and not settled until after 1800.

Goings-on in and near Eden
Calendar of Events provided by the Vermont Department of Tourism & Marketing.