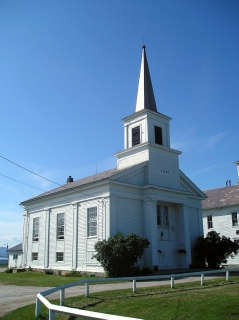 There is no doubt as to who Benning Wentworth had in mind when he named this town.

Joseph Addison (1672-1719) is most often remembered as editor of The Spectator and author of numerous political writings in which he supported the common man. He was also one of the great statesmen of his era, Member of Parliament, Lord Commissioner of Trade and Secretary of State. It was in the latter role that he signed the papers appointing Wentworth’s father as Lieutenant Governor of New Hampshire, then under the jurisdiction of Massachusetts.

Authorities on English surnames say it derives from “Adam’s son”.

Until October of 2009, the Crown Point Bridge was the only road crossing of Lake Champlain between Alburgh (85 miles north) and Fair Haven (36 miles south), when transportation officials determined the 90-year-old bridge to be unsafe and closed it to traffic. It was demolished that December; a new bridge is under construction and is expected to open in October of 2011.

Goings-on in and near Addison
Calendar of Events provided by the Vermont Department of Tourism & Marketing.