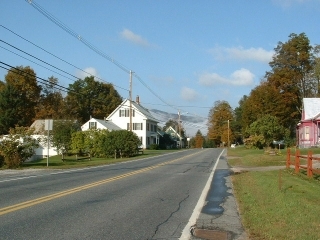 Granted to a group of 61 associates, many of whom were illustrious citizens. Included in the list were Samuel Wentworth of Boston, three ministers of the gospel, and Mesech Weare, who was to become governor of New Hampshire in 1776. The name is probably for Francis Egerton (1736-1803), the third and last Duke of Bridgewater; a grandson of John Churchill, the first Duke of Marlborough, and also related to the Granvilles.

Francis Egerton was one of the most remarkable men of his age. He was the only survivor of a large family of brothers and sisters. Much despised by his mother for his supposed awkwardness, he was left to the care of stable boys and lower servants until he was nine, when he became heir to the dukedom and was hustled off to Eton to be birched into some semblance of manners. At twenty-one he suceeded to the title and estates. At one time Bridgewater was engaged to Elizabeth, the widowed Duchess of Hamilton, but broke off the match because she refused to stop associating with her unconventional sister, Lady Coventry. He never married and preferred to live in seclusion at his estate at Worsley in Lancashire, six miles northwest of Manchester.

The Duke of Bridgewater is considered to have been the father of the British inland waterways system, which transformed the industrial life of the country. Single-handedly in the 1760’s he financed, and had the necessary bills put through parliament, for a canal from the coal mines in Worsley to Manchester, six miles away; later he paid for another canal, from Manchester to Liver pool. Bridgewater financed the first canal from his own fortune, managing by the most rigid economies to live on £500; a year. Despite his personal economies, it is said that he was most generous with the workmen. After the Manchester stretch of the canal was put into use, tourists came from all over the world to see ships passing over ships by means of the aqueduct over the River Irwell.

The Duke was a patron of Turner long before that artist became famous, and he filled his Worsley estate with pictures and porcelain. When war was declared on France, he immediately subscribed £100,000 to the cause. However, his greatest contribution to the nation was cheap transportation on his canals.

Since Benning Wentworth always tried to please as many people as possible when he named towns, it is possible he may have had Bridgewater in the Massachusetts Bay colony in mind as well as the English peer. That town was chartered and named in 1656 for the first Earl of Bridgewater, John Egerton (1579-1649). Somewhat later than the incorporation of Vermont’s Bridgewater, Connecticut, New York, Maine and New Hampshire all named towns Bridgewater, making it one of the most popular place-names in the Northeast.

Goings-on in and near Bridgewater
Calendar of Events provided by the Vermont Department of Tourism & Marketing.