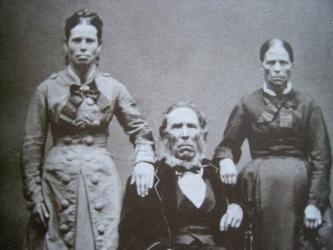 Vermont’s story begins with the indigenous peoples who frequented the territory between the Connecticut River and Lake Champlain long before the European came.

For many years it was thought that the area had been only a hunting and fishing ground for the Native. However, in recent decades, archaeological research has uncovered evidence that there were a few permanent settlements, notably at such places as the Coos and Oxbow areas along the Connecticut River in Orange County, midway up the eastern side of the state, and at the mouth of the Missisquoi River in Franklin County (specifically, Swanton), in the northwest corner.

Still other areas give evidence that Native groups returned year after year either to raise a crop such as corn, or to put by a supply of fish, game, berries or maple sugar. Almost every town has yielded relics indicating that at some time Natives camped or hunted there. A good many of the encampments probably were made during raiding trips on colonial outposts during the French and Indian wars of the 18th Century.

Both of the great eastern nations – the Algonquian and the Iroquois – knew the land that became Vermont. In a lifetime of studying the Native place-names of New England, the late John C. Huden was able to identify roughly two hundred names that one or more of the Native tribes had applied to places within Vermont. Nearly one hundred derive from the Abnaki, who spent more time in the area than any of the other Algonquian tribes. Another dozen derive from the Mahican, while a few come from the Narragansett, Natick, Pennacook, Pocumtuc and Wampanoag. The Mohawk tribe of the Iroquois nation gave names to about fifty places, and the Chippewa also seem to have named a few places.

For all of those Vermont place-names derived from Native words, there are only two municipalities whose names are so taken: Jamaica (from the Natick for “beaver”), and Winooski (Abenaki for “wild onion place”).