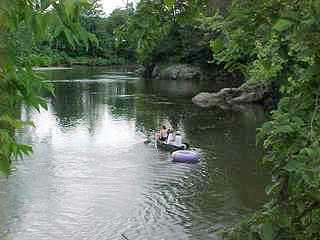 Listed among the grantees are several considered to be the founding fathers of Vermont, including Samuel Robinson, Jonas Fay and Tom Chittenden. The strong feelings Vermonters had for the Revolution and the fact that many of the grantees originated in Massachussetts suggests that the town’s name was chosen to commemorate the site of an early encounter between American and British troops.

Goings-on in and near Cambridge
Calendar of Events provided by the Vermont Department of Tourism & Marketing.

This is a basic geographic reference, intended to show relative location of adjacent towns. Directional accuracy is limited to 16 compass points. There isn’t even the slightest suggestion that one can necessarily travel directly from one town to the next (as in “You can’t get there from here”).
Fletcher