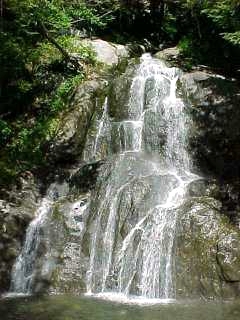 Granville was granted to Reuben King and six other members of his family, and named Kingston in the charter. Unlike the grantees of some other towns, the Kings took part in the settlement of their town. The first proprietors’ meeting was held at Windsor in the spring of 1783, at which Reuben King was elected proprietors’ clerk. The following year the proprietors offered 100 acres of land to any woman who would make a permanent settlement in Kingston with her family. Mrs. Daniel King was given the first award, and her husband became the proprietors’ clerk. Daniel later became the first justice of the peace and built the first sawmill and gristmill, for which he was awarded four more 100-acre lots. Their son, Henry King, was the first child born in town.

It is generally assumed that the Vermont Granville derives from Granville in either Massachusetts or New York, both of which were named for John Carteret (1690-1763), the first Earl of Granville, one of the most illustrious men of his day. Already a peer by the time he was six years old, he became one of the best classical scholars of the 18th Century, and was second to none in political infiuence under the first three Georges. Horace Walpole, said the Earl was “handsome, open and engaging; … his genius was magnificent and lofty; his heart was without gall or friendship, for he never tried to be revenged on his enemies or to serve his friends.”

Strangely enough, some of the earliest Vermont records for the town of Granville show its name spelled Grantville. This gives rise to the thought that possibly the name merely meant that the town was granted by the Vermont legislature.

Until recently, Granville had the oldest continuously operating one-room schoolhouse in the US. The building is now part of Town Hall.

Calendar of Events provided by the Vermont Department of Tourism & Marketing.