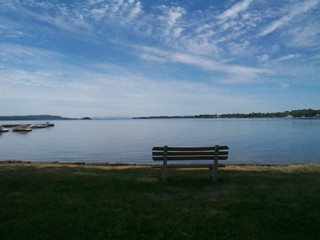 One of only two towns to which Benning Wentworth gave a “saint” name, the other being St. George, and the two were granted on successive days. Names of saints as place-names had never been used in colonial New England, because to the Puritan mind they smacked too much of papistry.To this day, there is no Connecticut or Massachusetts place with Saint in its name (Maine has several, including both St. Albans and St. George, but they were named much later than the Vermont towns). Perhaps by Wentworth’s time the objections had diminished somewhat.

Goings-on in and near St. Albans Town
Calendar of Events provided by the Vermont Department of Tourism & Marketing.

St Anthony Pray For us Medal