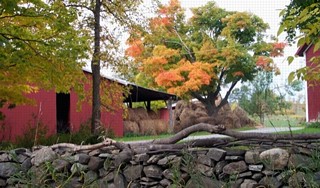 Originally, Grand Isle, North Hero and South Hero were granted to Ethan Allen, Samuel Herrick and 363 other Revolutionary War veterans as a single town known as Two Heroes. Hamilton Child’s 1883 Gazetteer of Franklin and Grand Isle Counties says the name referred to Ethan and Ira Allen. However, Ethan and Herrick are named first in the grant, while Ira is considerably down the list after Jonas Fay, Thomas Chittenden and other founding fathers, many of whom were as respected as Ira.

Goings-on in and near Grand Isle
Calendar of Events provided by the Vermont Department of Tourism & Marketing.