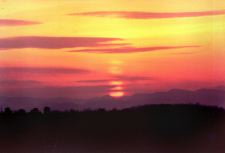 In 1864, the Legislature incorporated the City of Burlington from what was then the village of Burlington and about 10,000 acres of the original New Hampshire Grant town of Burlington. Concurrently, the remainder of the original town was designated the Town of South Burlington, which, in turn, became Vermont’s newest city by Act of Incorporation in 1971. Despite the name, the city is as much east of Burlington as south, curving around Burlington in a rough crescent from east to south.

Two major state highways enter South Burlington (US 7 from the south and US 2 from the east), historically and still primarily carrying traffic into and out of Burlington. Because of the high traffic volume, both have been highly susceptible to major strip development. As a result, the city has two distinct and widely separated business districts (with the largest mall in the state leaning things towards a third), but nothing that can be identified as a “downtown” city center. What is considered the busiest intersection in the state is the corner of Williston Road (Route 2) and Dorset Street.

Goings-on in and near South Burlington
Calendar of Events provided by the Vermont Department of Tourism & Marketing.