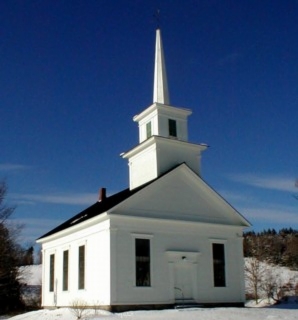 Granted to Colonel William Wall and a group of people who were included in charters for other towns in the county. Some of the grantees had also received land in the Lyndon charter, issued the previous autumn.

Newark is one of the few towns in Vermont about whose name nothing at all is known. It has generally been assumed that it was named for one of England’s Newarks, the best known of which is in Nottinghamshire, where the name means “a new work” (i.e., a new fort or new building). Vermont’s Newark is antedated by Newark, New Jersey, where it is thought the name is derived directly from the Biblical “New Ark,” meaning a new project or new undertaking. However, no evidence has been found to link the grantees of Newark, Vermont, with any other Newark, so perhaps it can be assumed that they were using the name the same way the New Jersey settlers did, referring to their town as the place of a new undertaking.

Remote from main roads at first and later from the railroad, Newark was slow to acquire population, and never did get many residents. The census of 1880 recorded 679 people in the town, and from then on the population has more or less steadily declined. The land is rough and uneven, with many hills and little farmland. Thus, logging and maple sugaring have always been the biggest crops.