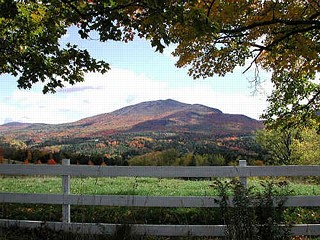 Writing for Hemenway’s Gazetteer, the Reverend Thomas Goodwillie gave incorrect explanations for the origins of several town names, Burke among them. The Reverend said Dr. Jonathan Arnold named the town for his son, Burke Arnold. Nothing could have been further from the truth: Dr. Arnold did receive charters for several towns in the area, but not for Burke, nor did he have a son by that name. There is a certain sound of logic to the statement, however, because Dr. Arnold did name Lyndon town for his son Josiah Lyndon, and Billymead (now Sutton) for another son, William, with the result that many subsequent histories have picked up the Burke story and repeated it.

While it cannot be proved, it is thought that the town really was named for Edmund Burke (1729-97) the great British statesman and orator, who was one of the foremost proponents of liberal treatment for the American colonies, and whose ideas on the subject were set forth in American Taxation and Conciliation with America. At the time the town was chartered, Edmund Burke had just helped to force Lord North’s resignation as prime minister because of his colonial policies and conduct of the war. It is possible that Vermont wanted to honor Burke’s support of the colonies.

Goings-on in and near Burke
Calendar of Events provided by the Vermont Department of Tourism & Marketing.