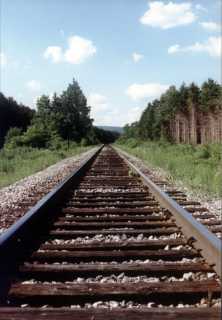 Warren Gore was chartered along with the town of Warren to make up the right number of acres for a town. Warren was granted by Vermont in 1780, and it is thought that the nine years elapsed between grant and charter can be explained by the fact that the grantees had trouble getting together enough money to pay the granting fees, which they had to do before the state would issue a charter. It is also possible that the grantees discovered there was not enough acreage in the original grant and asked for a “flying grant,” which would have enabled them to go out and find enough more land to bring the grant nearer to the usual town size of 23,000 acres. However it happened, the town of Warren was in two pieces, and those pieces were in two different counties separated by half the length of the state – never satisfactory for either the town or the Gore. The Gore never had any permanent residents until 1970, when the census recorded a single person.

Vermont Route 114 (the famed Roller Coaster Road) and the railroad both run through the center of the gore. With the exception of Norton Pond, the closest approximation to a place-name is Summit, a point on the rail line so-named for the elevation.