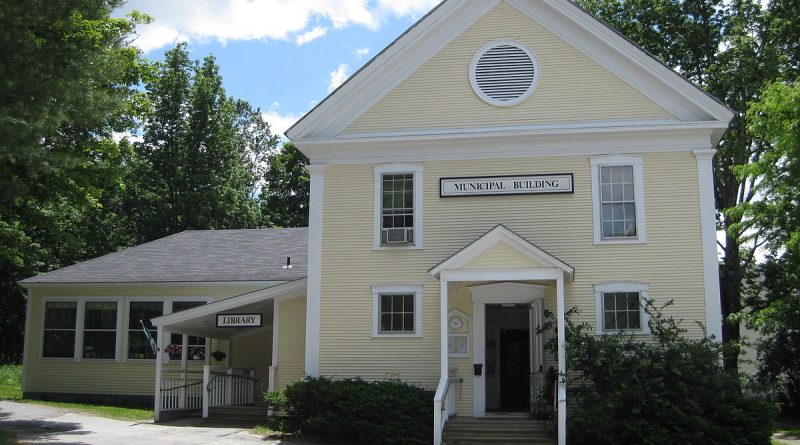 Warren’s charter was not issued until October 20, 1789. The proprietors had encountered some difficulty in getting together the money for the granting fees, and Vermont did not give land away, hence the time lapse between grant and charter. Even so, nearly another decade passed before anyone settled there.

Warren is one of the most popular place-names in America: there are more than one hundred counties, towns and villages so named. Fully half are simply Warren, the others have -burg, -ville, or -ton suffixed; many in the US and all in the North Atlantic states derive from one of two men, both of whom died quite young.

A popular hero in the colonies, Admiral Sir Peter Warren (born Warrenstown, Ireland, 1702; died Dublin, 1752) was an officer of the British Navy on the American station for many years. He won the admiration of the colonies for his role in the capture of the French fortress of Louisbourg in 1745, and for defeating the French squadron off Cape Finisterre in 1747. While stationed on the Atlantic seaboard, the Admiral lived in New York (married to a sister of Governor James De Lancey) and owned Warren Farm, the area that is now Greenwich Village and Washington Square in New York City.

The other Warren was an even greater hero in the eyes of his fellow Americans: Doctor Joseph Warren (born Roxbury, Massachusetts, 1741; died Breed’s Hill, Massachusetts, 1775), a Harvard graduate, was a practicing physician in Boston, where he was a member of the Council of Safety and other revolutionary committees. He was chosen President pro tem of the Provincial Congress, and was named a major general of the militia. On August 23, 1775 he was killed while trying to rally the troops on Breed’s Hill at the Battle of Bunker Hill. He was the first American killed in that conflict.

All six New England states and New York have either a town or a village of Warren: those in Rhode Island, New Hampshire and New York are known to have been named for the Admiral; Maine’s probably honored the Doctor, as did the Massachusetts town (named in 1834) and the Connecticut town (named in 1786). An interesting footnote to history is the fact that New York in 1769 had patented a town for the area of present-day Athens, Vermont. That town, which never came to be, was to have been called Warrenton (sometimes Warrentown or Warrenston), representing the effort of New York’s Governor Cadwallader Colden to honor the Admiral by using his name for a new town in the Grants.

Vermont’s Warren probably was named in honor of the Doctor, but it is not a certainty. It is entirely possible that the grantees had both Admiral Warren and Doctor Warren in mind when they selected the name.

When Warren was chartered the Governor and Council knew that there was not enough acreage for a town of the customary size, so the charter was written for two parcels of land: the larger one is now the town of Warren; the smaller one is Warren Gore, containing roughly 6,000 acres and located far to the north of Warren in what has since become Essex County.

Lincoln Mountain is made up of five peaks, all at more than 3,800 feet: Lincoln Peak, Cutts Peak, Mount Ellen, Mount Abraham, Nancy Hanks Peak. Seeing the name Lincoln Mountain and then Mount Abraham and Nancy Hanks Peak, strangers assume with considerable justice that these names were given to honor President Abraham Lincoln and his mother. Not so: the mountain received its name from the fact that this section of Warren was once part of Lincoln town in Addison County to the west (chartered in 1780). It was only later that the Abraham and Nancy Hanks elevations were named as a play on the Lincoln name and its associations.

The highest point on Lincoln Mountain is known as Mount Ellen, named in the 1920’s for Ellen Douglas, the heroine of Sir Walter Scott’s “Lady of the Lake,” by some of the young people working on the Long Trail. Other individual points of interest were named at the same time, and derived from the same source. One of the best known to hikers is the Roderick Dhu Lookout, which gives a broad vista of the whole Mad River valley, amply demonstrating why the young people, who must then have been reading Scott, were reminded of the hills and valleys that form the backdrop for his poem.

Sugar Loaf Mountain, just west of Warren village, is only one of several Vermont mountains named because their shape resembled that of loaf sugar, which in bygone times was sold as a cone about five inches in diameter. Until the mid-18th Century, table sugar came in that form; as a result, there are Sugar Loaf Mountains all over the country.

US Census figures for 2000 place the population center of the state in Warren. A marker has been placed on Fuller Hill Road, though the actual balance point is halfway up an adjacent mountain.

Goings-on in and near Warren
Calendar of Events provided by the Vermont Department of Tourism & Marketing.

Covered Bridge (With Google Maps and satellite images):
Warren
Click Here for a map of all bridges in Washington County.