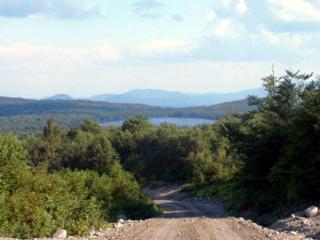 One of eight tracts of land totaling some 52,000 acres in six counties granted to Samuel Avery of Westminster over a period of five years.

State records indicate that most of these tracts were known at some time, in either local parlance or legislative terminology, as Averys Gore or Grant. However, only one in Franklin County and this one survived as separate and recognizable entities into the 20th Century. The gore in Franklin County was divided between Montgomery and Belvidere by the Vermont legislature in 1963, thereby leaving this as the only surviving place-name to identify one of the state’s most interesting early land grantees.

Samuel Avery was born in 1731 at Groton, Connecticut. He served in a Connecticut militia company in the last French and Indian war, was educated as a lawyer, and moved to Vermont before the Revolutionary War, in which he served in a Vermont company. By 1782 he was listed as a deputy sheriff and keeper of the jail at Westminster.

Sometime earlier Avery had bought a large part of the so-called John Henry Lydius Mohawk Tract. This was originally a Massachusetts grant and later a patent from New York for a vast area of land in western Vermont. When Vermont disallowed all other claims to land within its territory, Avery began petitioning the legislature for new land to recompense him for what he had bought and paid for under the earlier Massachusetts and New York claims. Avery was a much-respected citizen of the state as well as being prominent in his town of Westminster; furthermore, his claims were valid. But nowhere was there a single tract of ungranted land the size of what he had lost, so between 1791 and 1796 the legislature gave him eight separate parcels of land. In no instance were these particularly good lands, nor were any of them really suitable to become separate towns, so most of them were incorporated into adjoining towns very early.

Avery’s Vermont lands were acquired solely as a business proposition; he did not intend to settle on any of them, nor did he. At the same time he was acquiring land in Vermont, he also bought a vast area in the Susquehanna Valley of Ohio, where he moved at the end of the 18th Century. About 1802 he moved again, this time to Oswego, New York, where he had acquired another large tract of land. There he built a mansion and developed an impressive estate. At the time of his death in 1806 Avery was considered one of the wealthiest men in the state.