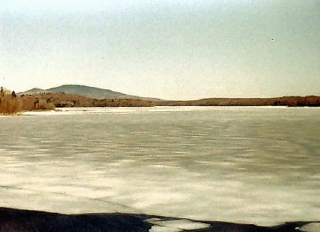 Somerset was granted to 62 people, but it seems highly unlikely that any of the grantees could have known much about the territory he was buying. The town is perched on the Green Mountains in rough country that, then even more than now, must have seemed a long way from Bennington on the west and Brattleboro on the east. Today only a secondary road into the town from the south gives access to Somerset Reservoir and a few summer camps.

The origin of the name is uncertain. There were two English families whom Benning Wentworth might have wanted to honor with the name, but both were at low ebb of power in government when he granted the town. There was the Somerset family which had held at different times the Earldom of Worcester and the Dukedom of Beaufort; by 1761, however, the fifth Duke of Beaufort, Henry Somerset, was a youth of seventeen and still at Oxford. There was Edward Seymour, the ninth Duke of Somerset, who was probably the only undistinguished member of his ancient and large family, having succeeded to the Dukedom in 1757. The most noteworthy thing about him is that he lived in terror of contracting smallpox from those who had been inoculated against the disease. Hence, he rarely left his country seats and carried no political weight, even though he was a member of the Privy Council for years.

It seems most probable that Wentworth had in mind either the county of Somerset in England or the old town of Somerset, Massachusetts.

Although the town of Somerset acquired some residents fairly early in its history and had over 300 people in 1850, it never had a village or any real center of population. In 1937 the Vermont Legislature disenfranchised Somerset (see also Averill, Ferdinand, Glastenbury and Lewis), making it an official wilderness.

Goings-on in and near Somerset
Calendar of Events provided by the Vermont Department of Tourism & Marketing.