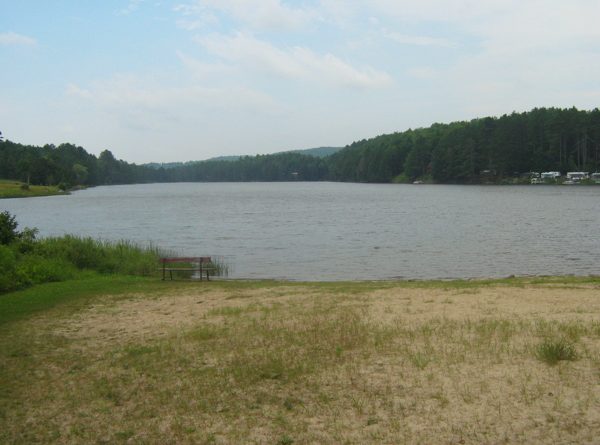 One of only three towns in what is now Caledonia County granted by Benning Wentworth.

The unusually large list of 94 grantees was headed by Richard Jenness (also Jennes or Jennis). Also listed were nine other members of the same family, including two more Richards, a son and a grandson. The eldest Richard, identified in the charter as “Esquire”, was a grantee of four other Wentworth towns, including the oldest one, Bennington. He was a very wealthy man who had considerable influence on colonial New Hampshire affairs; he also was a close friend of the Wentworth family.

Two different stories have been told about the origin of the town’s name, both of which are wrong. The first says the name was given by Scottish settlers in the town for their home city of Rye. Not possible, because the Scots did not enter the Ryegate picture until ten years after the town was granted and named. The second account says it was because the grantees lived in and around Rye, New Hampshire, and the new town’s name was constructed from that. The grantees did live in and near Rye, but neither is that the origin of the name.

The Jenness genealogy discloses the true origin of the Vermont town’s name: the family originally came from Reigate in Surrey, England, where the name means “roe-deer gate,” or a town near which roe-deer are found. Some of the early maps of Ryegate in Vermont show the Reigate spelling, which would seem to indicate that the early settlers did know the true origin of the name.

Apparently very few of the original grantees kept title to their lands, because in 1773 the Reverend John Witherspoon, then president of what is now Princeton University, owned most of the town. That same year the Scots-American Company of Farmers in Renfrew and Lanark, Scotland, sent James Whitelaw and David Allen to find land in America. After looking at land in many other places, Whitelaw and Allen bought the southern half of Ryegate from Dr. Witherspoon. According to Whitelaw (who later became Vermont’s second Surveyor General), they chose Ryegate for these reasons: it was the best land they had seen; it was near a place where they could buy provisions; it was only six miles from a gristmill, two from a sawmill; the town had fine water privileges for mills; and it was within six miles of “a good Presbyterian meeting.”

South of Ryegate Corner, just off the route of the Bayley-Hazen Military Road is Ticklenaked Pond. Various explanations for this odd and humorous name have been offered; the late Dr. John C. Huden, who spent most of his life studying place-names derived from Indian words, said it may be a modified Delaware Indian word meaning “beaver kittens here.”

Goings-on in and near Ryegate
Calendar of Events provided by the Vermont Department of Tourism & Marketing.