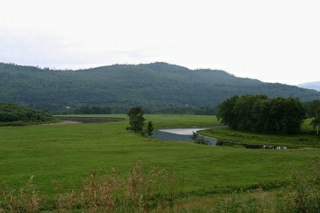 Granted on the same day as adjoining Ferdinand to Samuel Averill of Connecticut and many of the same group that got the former town, including the members of the Lewis family for whom the town of Lewis was later named.

It is not known why Benning Wentworth named the town Maidstone; however, Maidstone, Kent, England, is in an area where many Connecticut settlers had their origins, so perhaps the name had some particular significance for the grantees.

Despite Hamilton Child’s enthusiastic comment in his 1887 Gazetter that “probably no town in the state has more valuable bottom lands [for farming] than Maidstone,” the town never attracted many residents. Its top population was reached with just under 300 at the time of the Civil War, and the number has declined ever since.

Although the permanent population is small, Maidstone Lake and State Forest attract many summer vacationers.

Goings-on in and near Maidstone
Calendar of Events provided by the Vermont Department of Tourism & Marketing.