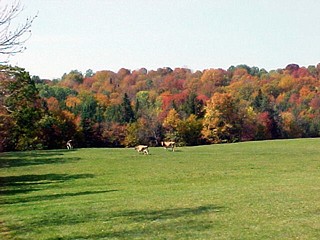 Many histories have said that county and town were named for William of Orange, who ascended the British throne as William III in 1689. Had Benning Wentworth had anything to do with it, this would not be outside the realm of possibility. However…

Given that both the county and the town were named during the Revolution, and given that folks weren’t inclined to go about naming places after British monarchs at that point, it is more like that the the inspiration lies with the town of Orange in either Connecticut or Massachusetts.