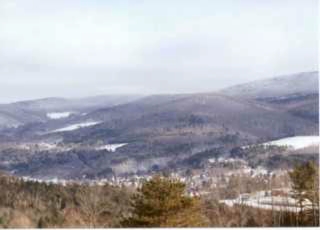 Probably named for Northfield, Massachusetts, many of the proprietors having come from that area. That town, in turn, was so named because it was the northernmost town in the colony when it was created.

The Dog River almost exactly bisects the town on its way to the join the Winooski. It is said to be so named because a hunter set a trap for a bear and caught his own dog instead.

Goings-on in and near Northfield
Calendar of Events provided by the Vermont Department of Tourism & Marketing.

Norwich University
The Oldest Private Military College in the US. Founded by Captain Alden Partridge in 1819 as the American Literary, Scientific and Military Academy at Norwich, Vermont, the University was relocated to Northfield in 1866. Partridge’s innovative curriculum combined military, practical, scientific and liberal instruction. Guided by his educational principles, Norwich University pioneered in offering civil engineering, physical education and experiential learning and was one of the first institutions to offer instruction in agriculture, modern languages and political-economy. The Morrill Land-Grant Act of 1862 and the 1916 legislation which created the Reserve Officers Training Corps (ROTC) are extensions of Partridge’s theories of education.