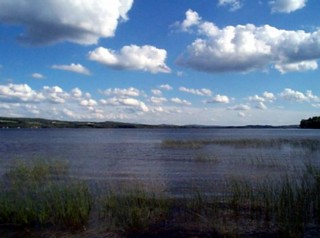 Originally chartered as Huntsburg in honor of grantee Jonathan Hunt of Hinsdale (now Vernon). His leanings were initially strongly Yorkist, being one of the prime movers in the effort to have Vermont be part of New York. He appears to have changed his mind by 1783, the year he was elected as Hinsdale’s representative to the Legislature; by 1787, he was a member of the Governor and Council. One of his first official acts in that position was to file a petition with the Legislature for a land grant.

Hunt’s affairs in real estate were, to say the least, tangled. He held portions of Hinsdale by grant from Benning Wentworth, but Governor Tryon of New York had patented the same land to a British officer, who demanded payment for the land Hunt and the other grantees occupied. Tryon eventually apologized for the conflicting claims and offered Hunt and the others 35,000 acres, anywhere they wanted, as compensation for the expenses they had incurred in defending their claim. The offer was not accepted, Hunt’s group asking instead for Vermont land. The Legislature agreed, and Huntsburg was the result.

He was among the grantees of Groton. He had also been patented towns by New York (including one of the “paper towns” that never actually existed), and he received almost $1,000 of $30,000 Vermont paid New York to discharge land claims by patent holders. There will probably never be a complete reckoning of his complex affairs with the governments of Vermont, New York and New Hampshire, but none of this seems to have bothered anyone much. He was elected Lieutenant Governor in 1794.

In 1802, residents voted to change the name of the town to Franklin, hoping to be named the County Seat (the county had been named for Benjamin Franklin less than two years after his death). For some reason, the Post Office did not change its name until nearly six years later; perhaps purely by coincidence, the same year Jonathan Hunt died.

From the very beginning, the large body of water (over 1,700 acres) almost in the center of the town was considered a hindrance to farming, and the first town meeting resulted in a suggestion that anyone whose lot fell there be given extra land to compensate. In 1824, Zadock Thompson wrote, “the township is injured very much by a large pond which lies near the centre”; today, the Lake and its State Park are a valuable vacation attraction. Originally Huntsburg Pond, then Franklin Pond, by the end of the 19th century it was being called Silver Lake because of its extreme clarity.

In 1910, Carmi Marsh (native son, Civil War veteran, owner of the Missisquoi Flouring Mill, several dairy farms, and president of Enosburgh’s B.J.Kendall Co. (manufacturer of Kendall’s Spavin Cure) gave to the town the massive Civil War Monument that anchors the picturesque town green. When he died of cancer shortly thereafter, the community petitioned the Legislature to rename the lake in his honor. Understandably, they elected for “Lake Carmi” over “Lake Marsh”. In 1920 the Legislature officially changed the name. (Thanks for this tidbit go to B.C.Rainville, curator of the Franklin Historical Society).

Goings-on in and near Franklin
Calendar of Events provided by the Vermont Department of Tourism & Marketing.