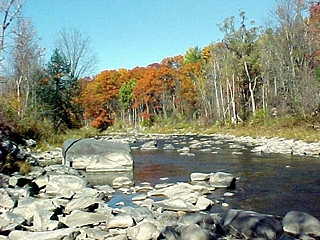 Traditionally, the name is pronounced with the emphasis on the first syllable (BERlin) rather than the second (BerLIN), but that tradition appears to be fighting a losing battle. It is easily attributable to the influx of “flatlanders” who tend to ignore local pronunciations in favor of what they bring with them.

Many of the grantees were members of the Onion River Company; Thomas Chittenden, later to become Vermont’s first governor, moderated the first proprietors’ meeting.

Some say it was named for Frederick the Great’s capital city. England’s George III was known to admire Frederick, so it is not outside the realm of possibility that Benning Wentworth named this town in keeping with his efforts to impress his king. Others suggest that it came from Massachusetts, where Berlin and Worcester are neighbors, and that it is more than coincidence that the Vermont towns of Berlin and Worcester were granted on the same day. Of fifteen Berlins in the US, only Massachusetts predates Vermont.

The Central Vermont Railway called its station in the village of West Berlin “Riverton”. Anti-German sentiment was high enough during World War I that the Post Office changed the village’s office name to Riverton as well, and so it remains today. Some efforts were made to change the name of the entire town, but townspeople balked.

Goings-on in and near Berlin
Calendar of Events provided by the Vermont Department of Tourism & Marketing.

Real Piece of the BERLIN WALL with Certificate of Authenticity, Small

Medal for the Capture of Berlin USSR original.

Large Authentic Piece of the BERLIN WALL with Certificate of Authenticity

Authentic Piece Of The Berlin Wall In An Acrylic Display, Made in Berlin,Germany