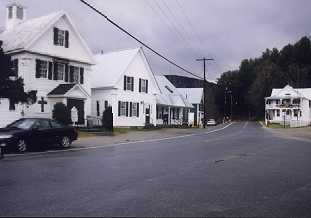 One of the few towns in Vermont about which there is no question as to the origin of its name: William Ward of Newfane and 61 others were granted the town to be known as Wardsborough. In 1788, it was divided into North and South Districts, the latter becoming present-day Dover in 1810.

One of Vermont’s smaller towns because of that split, it has a proportionately large number of distinct hamlets: North, South and West Wardsboro and Wardsboro Center, which was originally Unionville, due to strong Federal sentiment during the Civil War. It was also known locally as “Bucketville”, after Jebediah Estabrook’s tub, bucket and pail factory, the main employer in the area in the 1880s.

The public whipping here of “Old Mother White” in 1807 led to the abolition of such punishment in Vermont.

Goings-on in and near Wardsboro
Calendar of Events provided by the Vermont Department of Tourism & Marketing.