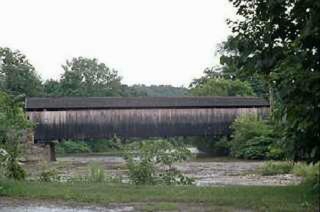 The chief grantee and later owner of over half the town was Benjamin Wait (sometimes Waite), one of seven brothers, all of whom were born in Sudbury, Massachusetts, and eventually became involved with the affairs of the New Hampshire Grants.Another brother, Joseph, is commemorated in the name of Waits River in Bradford.

Benjamin entered military service under General Jeffery Amherst. He fought throughout the French and Indian wars, was taken captive by the French, and later took part in the capture of Louisbourg and the reduction of the French garrisons in the west. Apparently what he saw on his many trips through the north country attracted him to the area. In 1767 he became one of the first settlers in Windsor, Vermont, where he was living when the grant was made for Waitsfield. In 1789 he moved to the town that bears his name. Then fifty-two years old, he had fought through the Revolution, being a brigadier general at the close of the war.

For thirty-three years General Wait took an active part in all the affairs of Waitsfield. He died at the age of eighty-five, and is buried in the village cemetery, very near the spot where he had built his first house.

Goings-on in and near Waitsfield
Calendar of Events provided by the Vermont Department of Tourism & Marketing.

Covered Bridges (With Google Maps and satellite images):
Pine Brook Village
Click Here for a map of all bridges in Washington County.