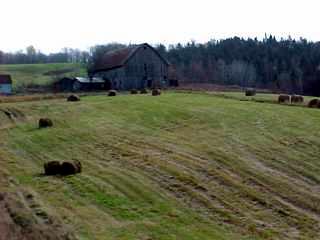 When the Legislature combined Averys Grant and Kellys Grant into a single town in 1801, it was called Missisquoi, after the river which runs through it; it was changed to Troy in 1803, and while there are no records to document the choice of the name, one can surmise a pair of influences. One would be the classical revival then sweeping the US, in which ancient Greek names replaced earlier British names. The second might be Troy, New York, with which the northern Vermont town with the unpronounceable and unspellable Native name conducted a fairly good potash and pearlash trade.

Some of the stakes which mark the US/Canada border were made of Troy Iron, smelted in the tiny village of Troy Furnace, so named for the iron smelting furnace built there in the 1830’s to process the ore mined just east of the Missisquoi River. Despite the high quality of the iron, the business was never profitable: several companies failed financially in the effort.

Goings-on in and near Troy
Calendar of Events provided by the Vermont Department of Tourism & Marketing.

Covered Bridge (With Google Maps and satellite images):
River Road
Click Here for a map of all bridges in Orleans County.