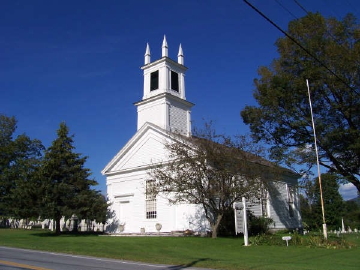 It is likely that Benning Wentworth had Anthony Ashley-Cooper, Fourth Earl of Shaftesbury, in mind as he named this town (Wentworth’s casual spelling aside). Less well-known than his father today, he was a person of consequence in Wentworth’s time. At Oxford by age thirteen, member of the royal council for the colony of Georgia, lord lieutenant of Dorset, Fellow of the Royal Society and the Society of Arts, recorder of Shaftesbury and high steward of Dorchester, not to mention privy councilor. He was considered to be a man of “benevolence, moral worth and true piety.”

Goings-on in and near Shaftsbury
Calendar of Events provided by the Vermont Department of Tourism & Marketing.