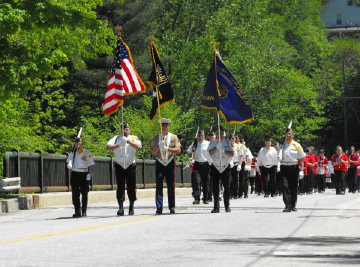 Readsboro is found in the southeastern corner of Bennington County. Located on Route 100, it is one of those “out there” places, which means great cross country skiing, snowmobiling, biking and hiking.

It was originally called Readesborough after the patent holder, John Reade, but from the very beginning it was spelled every conceivable way, from Reedsborough to the present configuration. There are records dating to 1786 in the State Archives, in which residents state that they live in Reedsberry.

Other New York patents overlapped parts of the present town; a conflicting New Hampshire Grant was made to Major Robert Rogers of Rogers’ Rangers fame. Contrary to what usually happened to resolve such cases, the existing town derives from the New York Patent.

What had been West Readsboro was renamed Heartwellville in 1852 in honor of John Hartwell, a prominent local resident. Where the additional “e” came from is unknown.

If US Postal Service records are to be taken as the highest authority in such matters, there once existed in Readsboro of one of the oddest Vermont place names on record; odder still is that this place would at one time be in Readsboro, then in Whitingham, then back in Readsboro after a while. The Post Office designated “Surge Tank, Vermont” was established to serve workers building the Harriman Dam in Whitingham; a site supervisor was Postmaster, and the Post Office itself would move between the two, depending on the location of the construction field office.

Readsboro’s terrain is quite mountainous, with over a dozen peaks rising to over 2,500 feet, most of which are unnamed.

Goings-on in and near Readsboro
Calendar of Events provided by the Vermont Department of Tourism & Marketing.