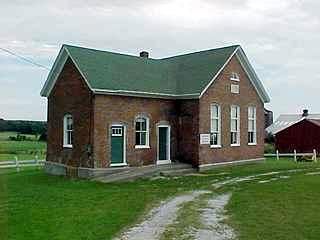 Benning Wentworth granted and named St. George the day after Georgia, unquestionably naming both for King George III, whom Wentworth feared was in the process of deciding that New York, not New Hampshire, would have the rights to what is now Vermont. George did not let having two towns in “The Grants” named for him weigh too heavily in his deliberations, deciding a year later in favor of New York, thus bringing Wentworth’s land-granting to a screeching halt.

It would seem the early residents were not all that interested in the origin of the name. As anti-British as any of the colonies during the Revolution, no effort was ever made to change it.

The War of 1812 was fairly unpopular throughout Vermont, but particularly so in the northern towns which relied heavily on trade with Canada. Smuggling was fairly common, except in Georgia, where the townspeople seemed determined to support the embargo on Canadian trade, regardless of their neighbors’ sentiments. Their blockade was so effective that smugglers took to calling Georgia “Hell’s Gate”. The nickname stuck long after the war was over and people had forgotten its origin.

Goings-on in and near Georgia
Calendar of Events provided by the Vermont Department of Tourism & Marketing.