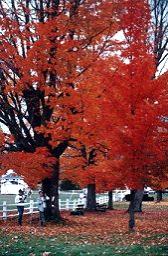 Chartered to Timothy Newell, Colonel Ebenezer Crafts and 61 associates, most of whom were members of a Massachusetts line regiment that had been organized early in the Revolution by Colonel Crafts. In the charter the town was named Minden, thought to honor the 1759 defeat by the English and Germans of the French at the Prussian city of Minden, an event which helped to conclude the Seven Years War (the North American aspect of which was known as the last of the French and Indian wars).

There is no record that Timothy Newell ever took any active part in settling the Vermont town, but Colonel Crafts did. The latter was born in Pomfret, Connecticut, in 1740, graduated from Yale in 1759, and for some time lived in Woodstock, Connecticut. His son, Samuel Chandler Crafts, later to become a Vermont statesman and governor, was born there in 1768. At the time Minden was chartered, the Crafts lived in Sturbridge, Massachusetts, and Colonel Crafts was one of that community’s most respected members.

Like many other prominent citizens, Crafts was caught up in the post-Revolutionary depression, and apparently the Vermont town was one of the few pieces of property he was able to salvage. In 1788 he went north, built a road eighteen miles long from Cabot to Minden, then cleared about a dozen acres at the site of the present Mill Village, built a house, a sawmill and the beginnings of a gristmill. In the winter of 1790-91, he brought his wife and several other families from Sturbridge. They arrived at Cabot in February to find four-foot-deep snow that obliged them to leave their horses behind. The men of the party, walking on snowshoes, pulled the women on hand sleds the eighteen miles to their new home.

According to the legislative journals the town’s name was changed from Minden to Craftsbury in November, 1790 because “from a similarity of sound the names of Lyndon and Mindon are often mistaken one for the other”; the Craftsbury name was chosen to honor the town’s chief grantee and first settler. The first town meeting was held at the Colonel’s home in 1792; he was elected selectman at that meeting, and a little later he was elected as the town’s first representative to the Legislature. At that first town meeting his son, Samuel, was elected town clerk, an office which he held for thirty-seven years. In subsequent years Samuel held almost every office in Vermont government, including the governorship and a seat in the US Senate. The father died in 1810, aged seventy, and the son died in 1853, aged eighty-five.

Goings-on in and near Craftsbury
Calendar of Events provided by the Vermont Department of Tourism & Marketing.